“Have a magical day!” a cheery voice said every time I spoke to someone at Disney whether it was to make reservations or just to ask a question. Although I laughed at the phrase, I had no idea then how truly magical our Disney experience would be. 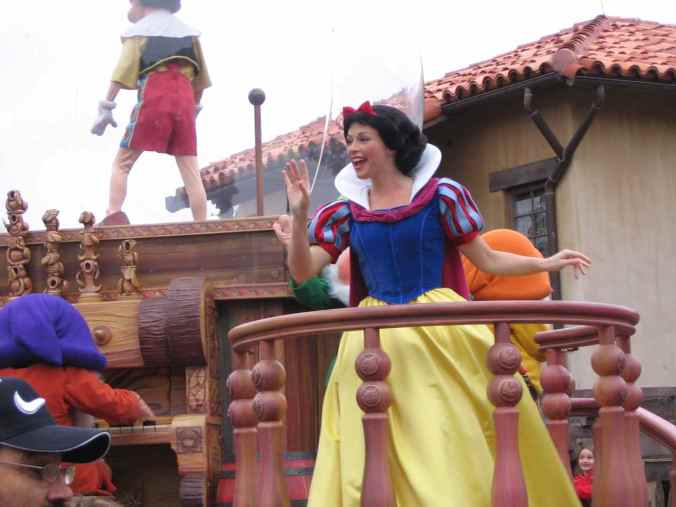 Soon we were smelling oranges while hang gliding over California on the ride Soarin,’ turning green on Mission to Mars, and traveling to infinity and beyond with Buzz Lightyear. We raced with the other Disney tourists to Space Mountain and avoided lines by following the plan outlined in The Unofficial Guide  to Walt Disney World.

Meals were magical, too. At each Disney restaurant, the chef personally spoke to my daughter and prepared a gluten-free meal for her. We ate well and were entertained at a 1950s diner, in Polynesia (where we did the hula and watched the fireworks from our table), in the Wilderness, and even in Morocco.

But the real magic occurred on our last day before the park had even opened. When an Animal Kingdom worker heard our family had never been on the Kilimanjaro Safari ride, he said, “Come with me.” Hesitant at first (we didn’t want to lose our place in line!), we followed him to the front of the line and through the gates. “This is the first family!” he said, as we walked by employees getting ready to open the park.

“Jambo!” they said and waved as we walked by, making us feel like royalty. After our own private ride on the safari, we were given a day pass for unlimited safari rides. We sang and danced during the “Festival of the Lion King” and rode the wet Kali River Rapids, before leaving the park just as a shuttle bus arrived to take us back to our hotel. It truly was a magical day.

One thought on “Have a Magical Day!”