In New York City, we all ate well, and the gluten eaters were as satisfied as the gluten-free eater. We ate crepes, bread sticks and pizza, panini and Reuben sandwiches, macaroni and cheese, French fries, cupcakes and cheesecake, and all were gluten free.

Risotteria in Greenwich Village for dinner:  What celiac wouldn’t love a place where the bread sticks are gluten free? We shared so much pizza and panini that we were too full to try any of the gluten-free desserts.

Crepes in Chelsea Market for breakfast: Ask for the gluten-free crepes at Bar Suzette. Made with lentil and rice flour, the crepes are delicious with Nutella and strawberries. 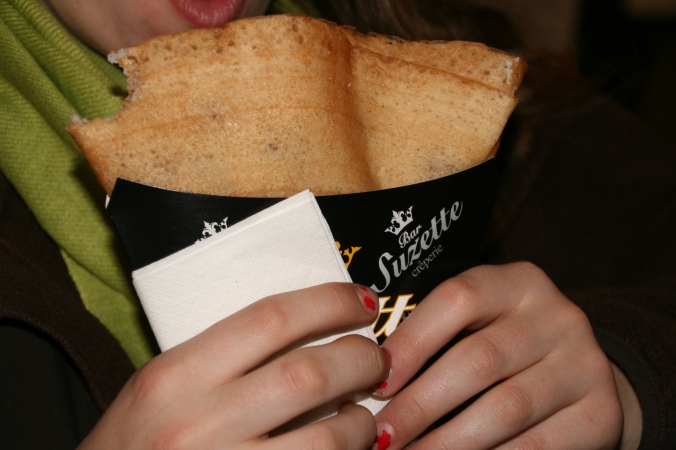 Lunch at a New York Deli: The gluten-free Reuben sandwich at Bloom’s Deli was piled so high with corned beef, my daughter could eat less than half at one sitting. We brought the rest back to our hotel fridge.

Dinner on the Upper East Side: Another deli, we ate this time at Peters’ Restaurant where everything can be made gluten free except for a few items marked with an x (e.g., wraps, focaccia, bagels). While some of us ate pasta and Greek chicken, our gluten-free diner chose meatloaf and French fries.

Macaroni and cheese in the East Village: S’Mac cooks up a variety of macaroni and cheese options though we all chose the gluten-free pasta so we could share and sample the different flavors we chose (spinach, olives, garlic and goat cheese; Manchego cheese, fennel and onions; Gruyere and bacon). S’Mac offers regular elbow macaroni as well as whole wheat and rice pasta. You can eat vegan there, too. 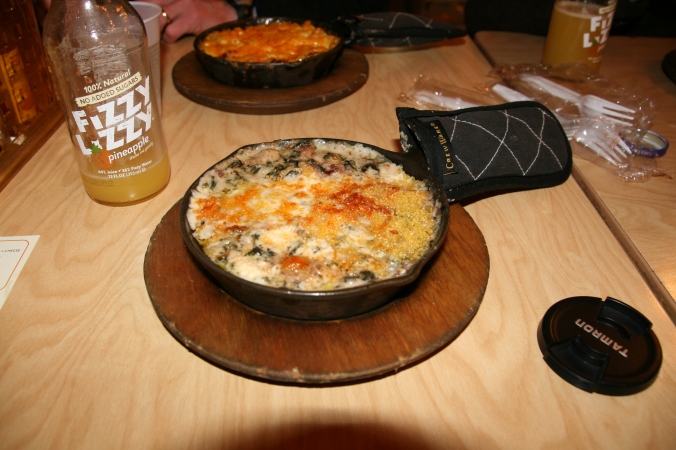 Cupcakes: We tried two gluten-free cupcake establishments, both located on the Lower East Side. Most everything (banana bread, cupcakes, brownies) at Babycakes is not only gluten-free but vegan as well. They also offer a few baked goods made with spelt flour. Tu-Lu’s Gluten-Free Bakery, a few blocks away, caters to those looking for the gluten-free not so healthy but delicious alternative. And when the gluten eaters elected to imbibe at Magnolia Bakery on Fifth Avenue (which is NOT gluten free), my daughter was happy with a Klondike bar bought at a market down the street.

Our only disappointment was trekking across town for gluten-free bagels at Vic’s Bagel Bar on 36th Street and 3rd Avenue, only to discover that they had none that day. Another day, we called and they were all out. So, if you want to check out this place, be sure to call and to show up early. They only make one batch of gluten-free bagels first thing each morning before making the regular bagels.