Are you a coin collector? Do you practice numismatists, the study of coins? Or maybe you just like to collect United States quarters, you know, the ones made for each state?

Though we started collecting quarters when our kids were little, not long after the U.S. Mint started the State Quarters Program in 1999, I still enjoy looking at them and wondering about the place, object, or person which was chosen to represent each state.

I haven’t been to every state, nor have I seen everything depicted on each state’s quarter, but I have seen Oregon’s Crater Lake and hiked up Vermont’s Camel’s Hump, I’ve driven by Nebraska’s Chimney Rock and climbed California’s Half Dome. I’ve seen New Hampshire’s Old Man of the Mountain, walked around New York’s Statue of Liberty, and even seen a grizzly bear in Alaska. But I haven’t been to Kentucky’s Bardstown Mansion nor have I eaten a peach in Georgia. I’ve seen many American bison but never in North Dakota or Kansas. I haven’t crossed West Virginia’s New River Gorge Bridge nor been to the Indy 500 in Indiana. 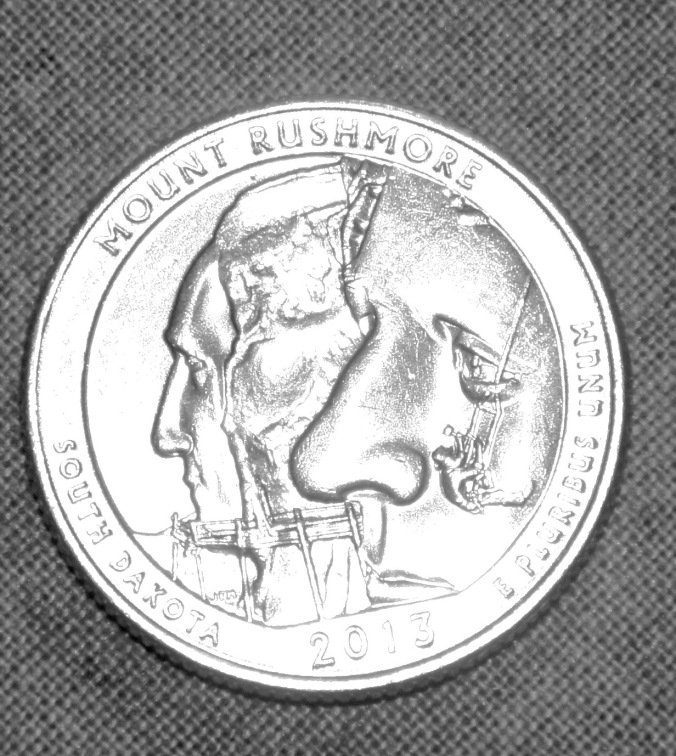 Here’s a list of states with the elements depicted in each of their designs. Where have you been and where do you need to go?