When our kids were 10 and 12, we decided to give them a whirlwind glimpse of Paris.

After 10 days in Great Britain, we arrived at London’s St. Pancras International Station ready to board the early morning Eurostar train through the Channel Tunnel to Paris, France. Although the “Chunnel” is only 31.4 miles (235 of those miles are under water), the entire distance from London to Paris is 307 miles and takes about 2 hours and 15 minutes.

We arrived at Paris’ Gare du Nord, hopped on the Metro, and got off at St. Michel-Notre Dame. Though the weather was hot (about 85 degrees), we walked slowly from Notre Dame Cathedral to the top of the Eiffel Tower, exploring the Left Bank along the way.

We were lucky – our lodging that night was at a friend’s apartment in Neuilly-sur-Seine, a western suburb of Paris. We sat outside on our friend’s balcony drinking champagne and speaking English interspersed with French.

The next morning, a short Metro ride brought us to the Avenue des Champs Élysées and a 2-mile walk to Le Musée de Louvre. 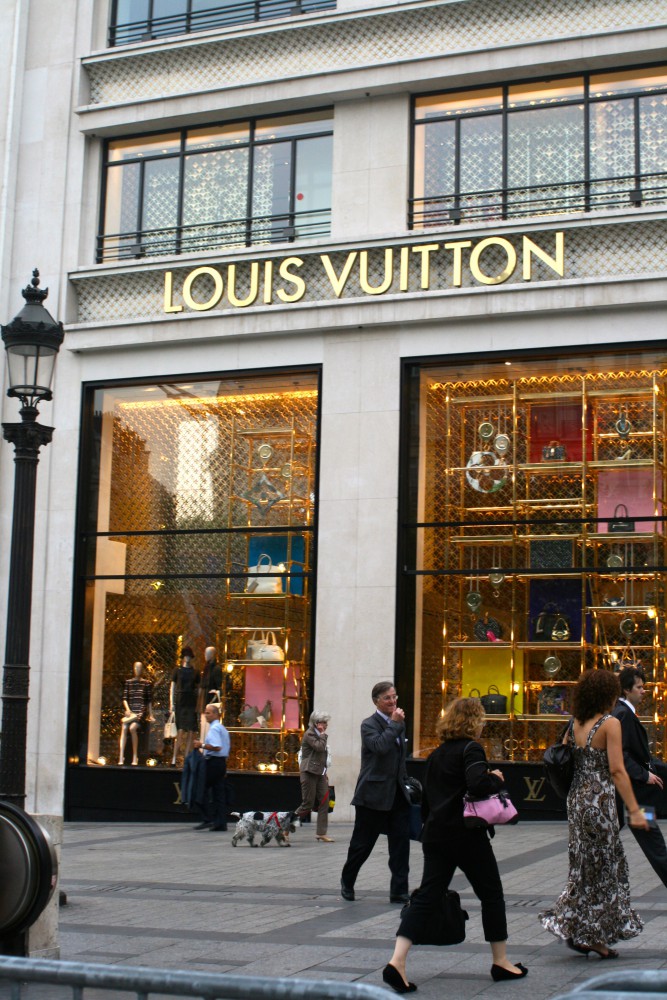 After a quick tour past the Mona Lisa and Venus de Milo, we left Paris for our train back to London.

If you had only 24 hours in Paris, what would you do?