There were moments on our South African trip when plumbing didn’t exist. We spent hours with Africans learning about their culture; we visited their huts and walked through the villages, never seeing a toilet, never seeing anyone squat. We were told later that most huts have a bucket behind the door.

The outdoors became our bathroom when we hiked in the mountains and stopped for a drink on a guided game drive. When we spent the night in a treehouse out in the middle of the bush, we learned to be resourceful and to improvise. 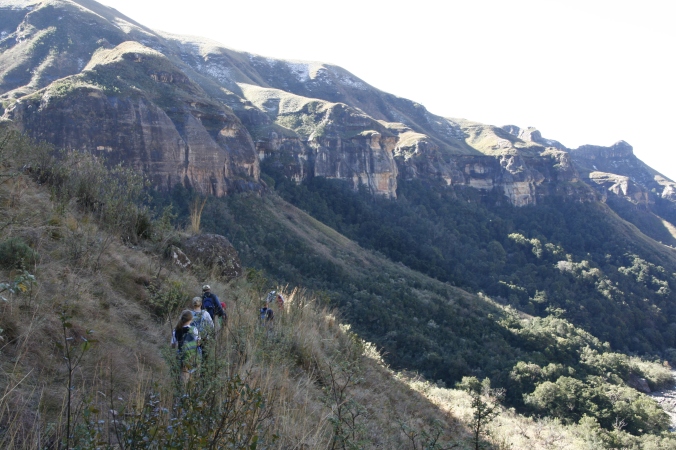 Whether it was on a hike in the mountains, in a hotel room where only a shower curtain separated the toilet from the rest of the room or on a guided game drive in lion country, just a few feet and a small bush from the Land Rover, we learned to announce our intentions whenever we had to go to ensure privacy as well as safety.