I learned a new word when I visited American University last April. Wonk.

According to Merriam-Webster, a wonk is: “a person who knows a lot about the details of a particular field (such as politics) and often talks a lot about that field.” According to American University, its students are wonks: smart + passionate + focused + engaged.

While American University is technically located in DC, it is a 15-minute Metro ride from downtown. A free shuttle drives its passengers from the Tenleytown/AU Metro stop past the Department of Homeland Security to the 84-acre campus.

After a film about life on campus (one of the better ones we’ve seen) and a brief introduction by an admissions officer, my son and I followed our tour guide around campus, visiting a dorm and the quad. We learned a few statistics: not only is American University the largest school of international affairs in the country, its students are the country’s most politically active; 70 percent study abroad, and 84 percent complete an internship before graduating.

About half of the 13,000 students at American are grad students; in 2012, there were only 6,776 undergrad. The university’s 61 bachelors, 54 masters, 11 doctoral degrees, and JD are taught at its seven schools and colleges. The average classroom size is 22, and the maximum class size is 66, according to our tour guide.

Unlike urban George Washington University, American University has a campus feel. The main university buildings, including the library and the Kay Spiritual Life Center (which houses 25 different groups of faith), surround the Main Quad.

As we walked, students milled about, entering various buildings.

There was not the energy and excitement of a city campus, instead there was more of an academic feel. Perhaps that’s one of the reasons American calls its students wonks. 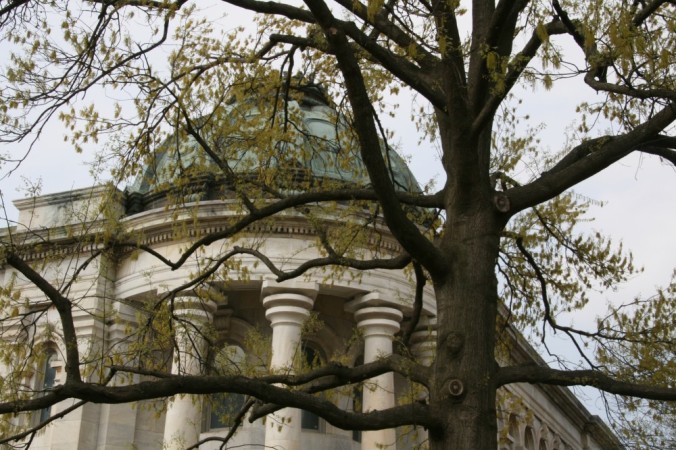 To be a wonk is to know (wonk spelled backward).

For an intimate college visit, go to Dickinson College. We visited the 120-acre campus on a rainy day in April and were pleasantly surprised at this small private liberal arts college located in Carlisle, Pennsylvania.

The information session was small (about 30 people) yet the visitors were from all over the U.S. As we waited in the lobby for the tour to begin, current undergrads struck up conversations with us and other visitors. They answered questions and told us about their experience on campus, before we ventured outside. 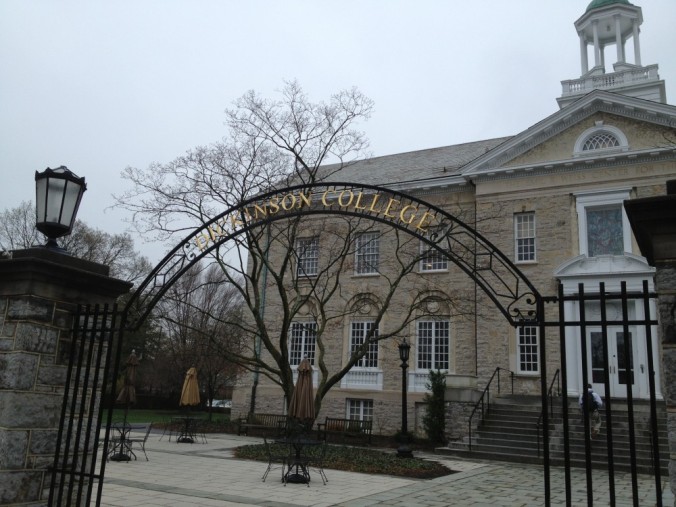 Chartered in 1783, Dickinson College is the 16th oldest college in the U.S., and with its limestone buildings and slate roofs, it looks it. The school has three LEED-gold-certified buildings, too, and touts its sustainability efforts.

Of the 2,400 undergraduate students who attend Dickinson, only 7 percent of its students are international. But, according to the college’s fact sheet, 48 countries are represented by its student body. Dickinson offers 42 majors of study, including its most popular majors: international business and management, political science, economics, psychology, biology, international studies, English, history, sociology, neuroscience, and Spanish.

Whatever you major in, you won’t get lost at Dickinson where the largest class is first year biology with a whopping 35 students in attendance, and the average class size is 17.

If you go, be sure to ask for a complimentary pass to the dining commons where you can observe the students and the climate at Dickinson College first hand.

We visited only four of those colleges in February: Boston University, Northeastern University, Tufts University, and Boston College. We listened to admission counselors give hints on how to write the impending essay and watched our tour guides walk backward. Here’s what we learned.

Boston University, located near Kenmore Square, Fenway Park, and the Citgo sign, is very much an urban campus with its old and new buildings scattered along Commonwealth Avenue, just a block from the Charles River. The campus is long and linear, its 33,000 students melding with other pedestrians as they run from class to class. The school offers more than 250 programs of study, and many of BU’s 18,000 undergraduate students graduate with a dual degree. The university ranks ninth in the nation for its large contingency of international students from more than 140 countries. 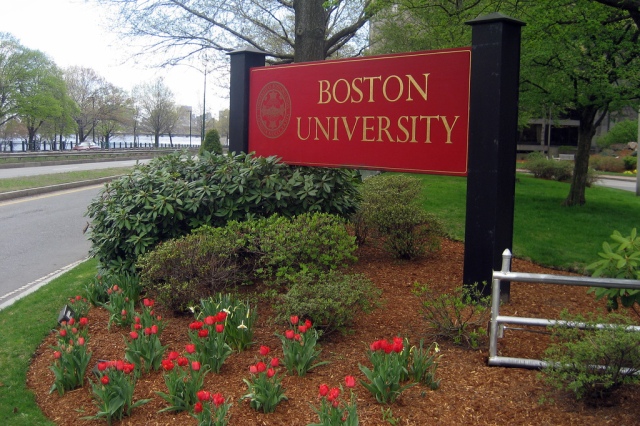 Only a few blocks away, Northeastern University is in the museum district, just down the street from the Museum of Fine Arts and the Isabella Stewart Gardener Museum. Another urban college, Northeastern’s strategically placed buildings hide the city around it, creating more of a campus feel. Northeastern focuses on “global experiential learning,” where its 16,000 undergraduate students participate in two to three co-ops or internships in the U.S. or abroad to gain real world experience before they graduate.

Brick buildings comprise the hilltop Tufts University (founded in 1852) in Medford where you can see the Boston skyline without actually being in it. Cambridge is just a few minutes walk down the road; hop on the subway, and in less than half an hour, you’re walking along the Freedom Trail. We learned that Tuft’s 5200 undergraduate students are engaged in the search for knowledge, that they are leaders and take action in the world around them. 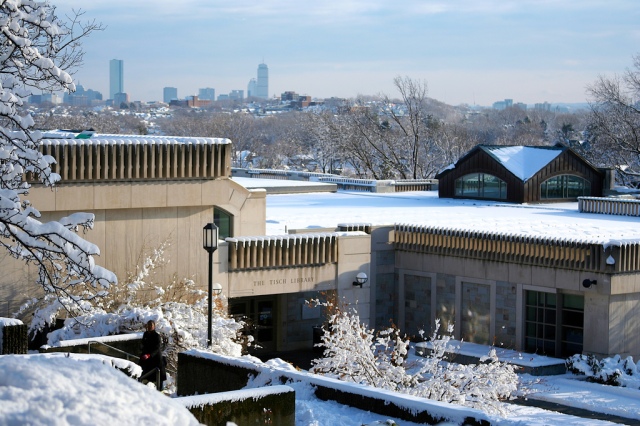 The million dollar steps at Boston College help keep this college’s student body in shape as they climb the hill to attend classes in the old stone buildings. BC is located in Newton, another short subway ride from Boston. At BC, students hold doors open for each other, community is important, and most of the 9100 undergraduate students go to the sports events. According to the students we spoke to, service is so important to BC students that participating in a service project can be very competitive.

Next stop, more colleges on the East Coast.

All photos used under Creative Commons.